Junjou Romantica is a twelve-episode yaoi series, based on Shungiku Nakamura manga, now considered a classic in Yaoi (or Boys Love, BL) genre.  There are already 3 seasons of Junjou Romantica and here is my review of the first season of this gay anime.

The story begins when Misaki Takahashi is forced to live with Akihiko Usami (28, writer, bachelor) that helps him prepare for his university entry exams. It quickly turns out that Usami, who happens to be also award-winning novelist, has some quite strange habits. While he is a professional writer, he pays no heed to deadlines, and acts quite childish, if not perverted.

Usami is is the popular author of boys’ love stories, written under a pen-name, in which he realizes his sexual dreams. As you can easily guess, living together will have far-reaching consequences for both men. 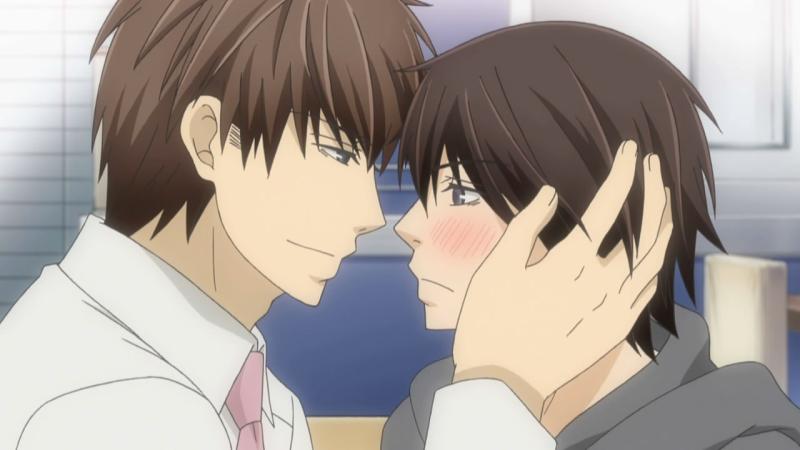 There are all kinds of bishounen guys in the manga and anime, with the main plot being the romance of Misaki and Akihiko. This is interspersed with the stories of two other couples, in one way or another connected with the characters, be it a common past or a workplace. In the Junjou Egoist part, we have a childhood friend Usami, Hiroki Kamijou – a very serious and secretive young man focused on his academic career – and Nowaki Kusama, who … fell in love with Hiro at first sight.

The third part, Junjou Terrorist, presents the beginnings of the union of Professor You Miyagi, a colleague of Hiroki from Mitsuhashi University, and a juvenile “emotional terrorist” – Shinobu Takatsuki, who skillfully uses his personal charm and Miyagi’s sense of responsibility. 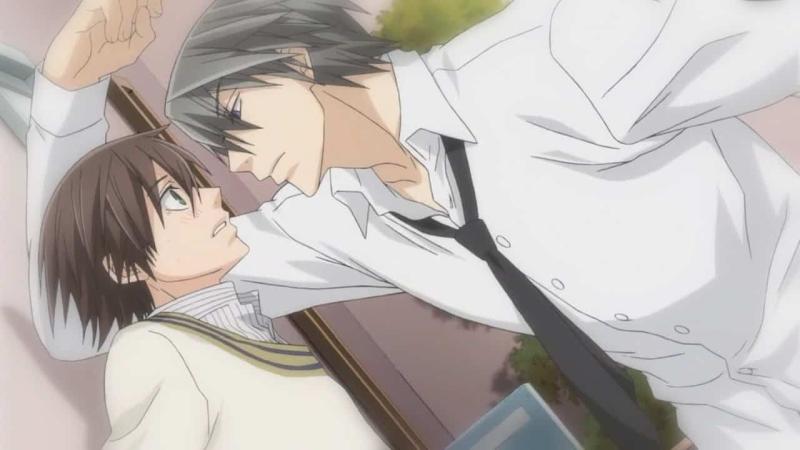 Fortunately for the series, its main strength is perfectly outlined characters and three different stories of relationships that forms an interesting puzzle. The gentlemen are charming, frustrated, funny and romantic. The anime do not fall into exaggerated melodramatism and the character aren’t despairing over their miserable lives – it’s more like a gay rom-com. On the contrary, the viewers are often rewarded with wholesome scenes, sometimes drawn in superdeformed style.

There are also some interesting supporting characters, most of them related in some way to Usami, whose appearance is usually aimed at pushing the given relationship in a specific direction and entering the next stage. And since yaoi, there is sex. Almost every episode contains scene with a clear sexual overtones, often blurred, but unambiguous enough to have no doubt what exactly happened at that moment. Interestingly TV releases (which includes streaming) are censored, while DVD version isn’t.

Opening Kimi = Hana, is performed by pigstar, and the melodic ending is sung by the SCRIPT band. Both are catchy j-pop songs, typical for slice of life anime. There are also some really good seiyuus (anime voice actors), including Takahiro Sakurai (Misaki), known for his roles in Princess Mononoke and Zombie Loan, Kentarou Itou that gave its voice in Bleach and Demonbane. There are even more superstar seiyuu in supporting roles such as Toshiyuki Morikawa or Ryoutarou Okiayu. 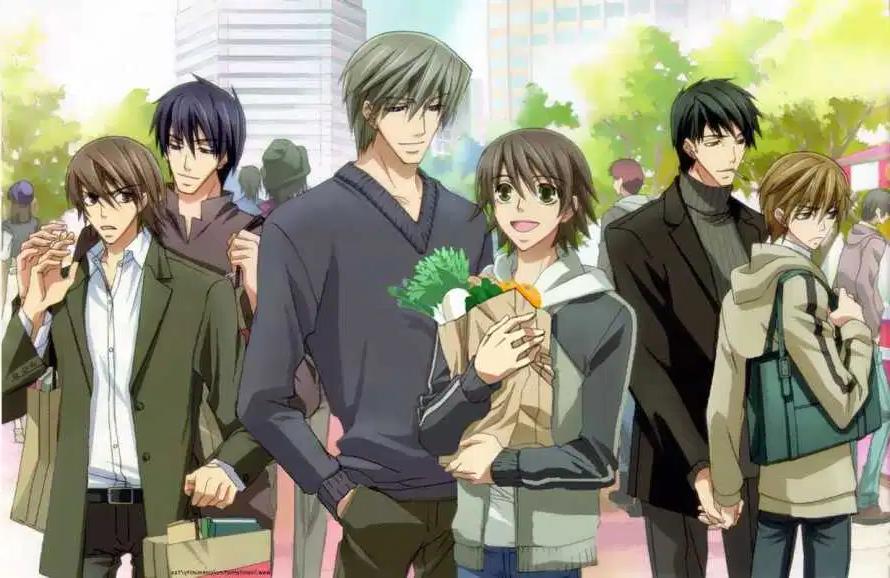