Cross Love is a Visual Novel about crossdresing that features plenty of laughs, romance and lewd scenes. See the review and discover what’s this game is about.

Main protagonist called Yuu is rather cute, if not a bit airheaded crossdresser, with his sister constantly stealing his outfits! This doesn’t deter him from parading in a girly clothes – and a fact that he looks like bishounen definitely helps him in this endeavor. Yuu doesn’t reveal the fact that he is crossdressing and since he just now transfered to new school, he poses as a girl. As you can imagine, this leads to many antics, as his looks doesn’t betray his biological gender. 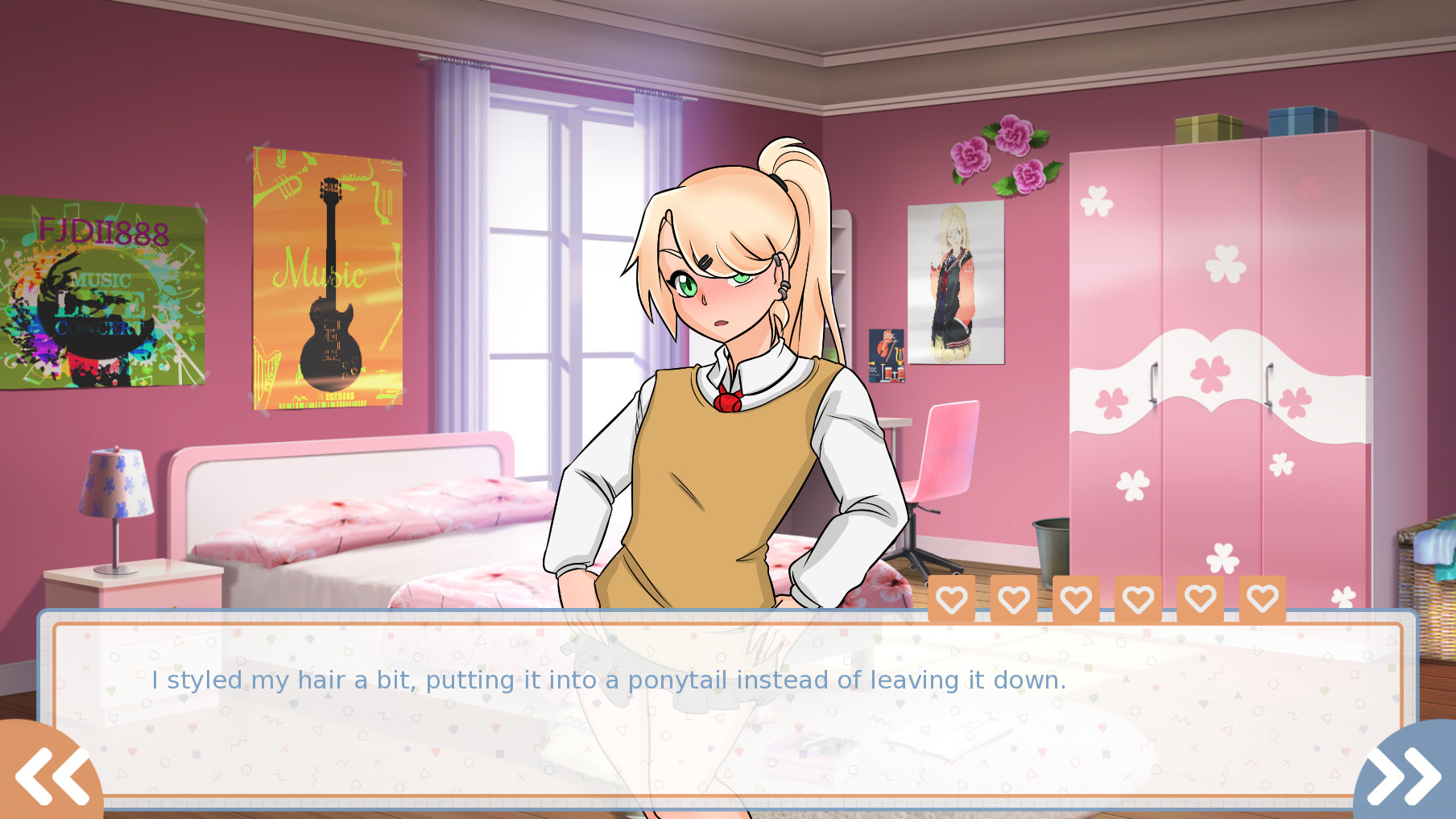 Yuu getting ready to the school in her “Yuukari” persona

However, there’s one guy that especially likes “Yukari”, as Yuu is introducing herself to the class. Kiriya Ishii is an ordinary boy that doesn’t know Yuu is crossdressing – but quickly falls in love. After all, sexy is sexy, no matter the gender! As you can imagine, this leads to sweet romance, with lots of hijinx for quirky lovers. 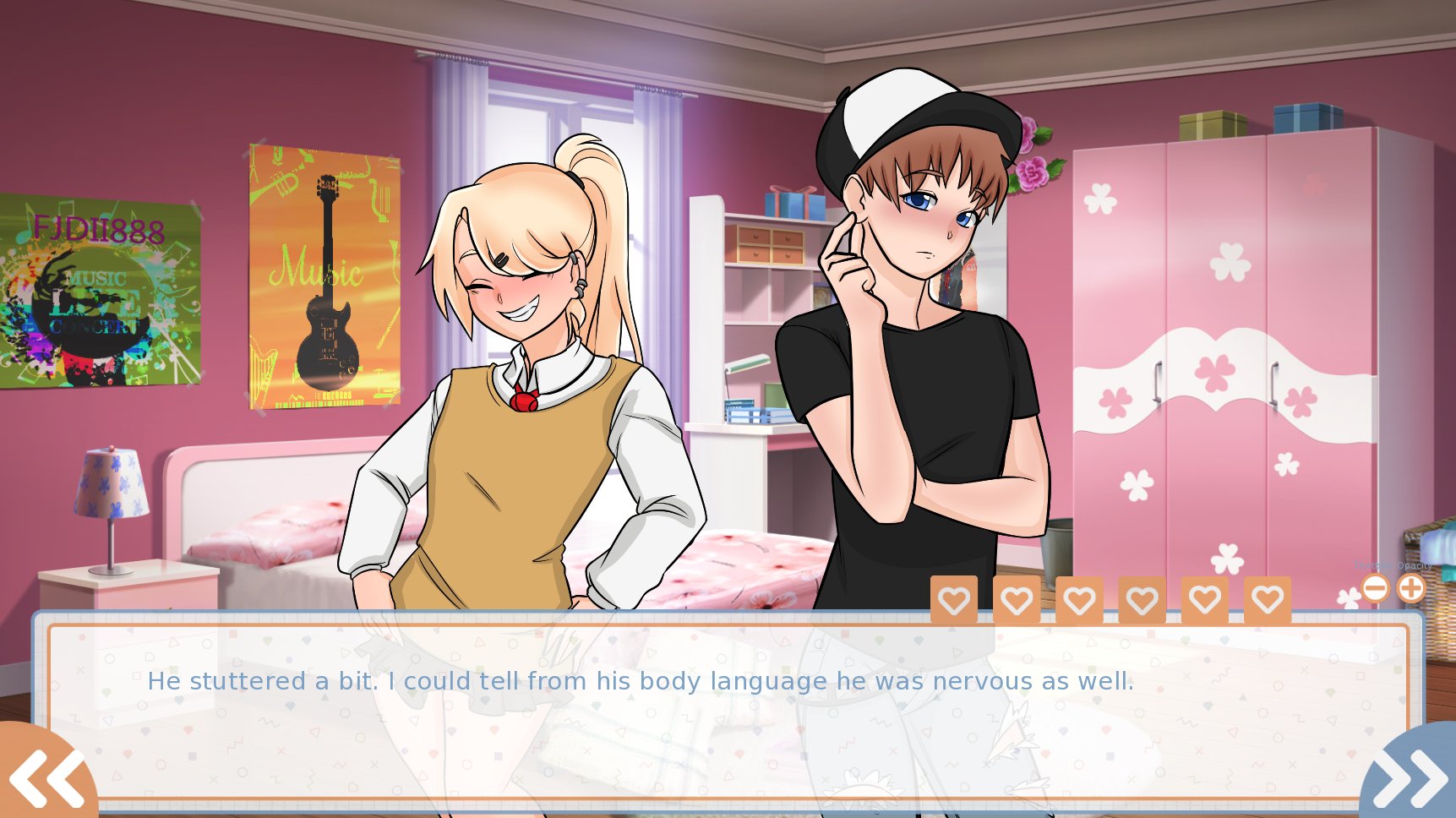 There’s nothing more awkward than being in love for the first time!

There’s no voiceover, but it’s indie game after all, so big budget is not expected here. The music is calming though and it fits the mood, and there are even some sound effects.

This is a Kinetic Novel, so there are no choices to be made and the game is linear. There are plenty of Visual Novels and also mangas with gender-bending themes, but crossdressing alone isn’t feature that often. It actually might be the first game to feature this lifestyle or hobby if you prefer. 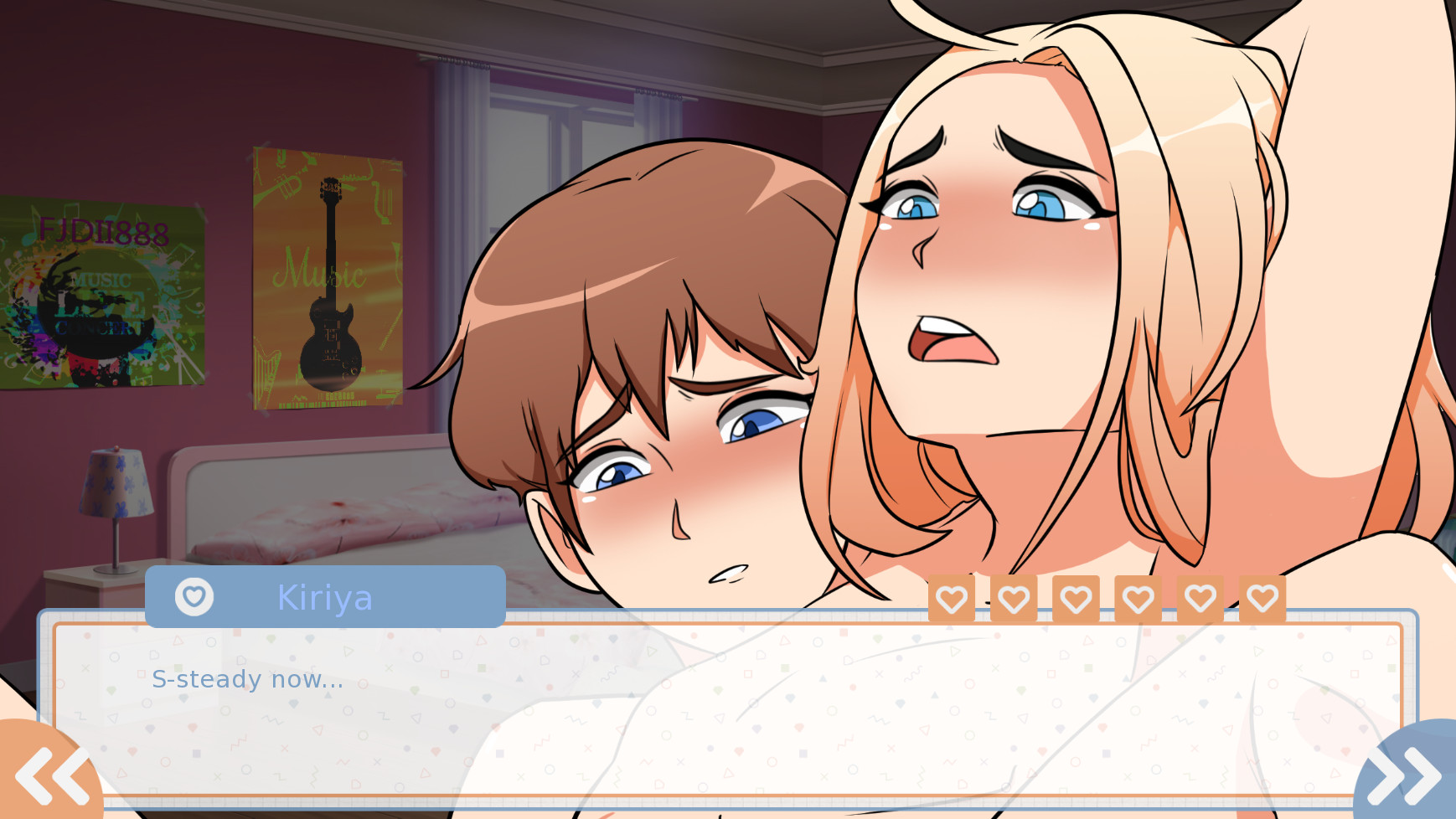 Guys explore their bodies for the first time. 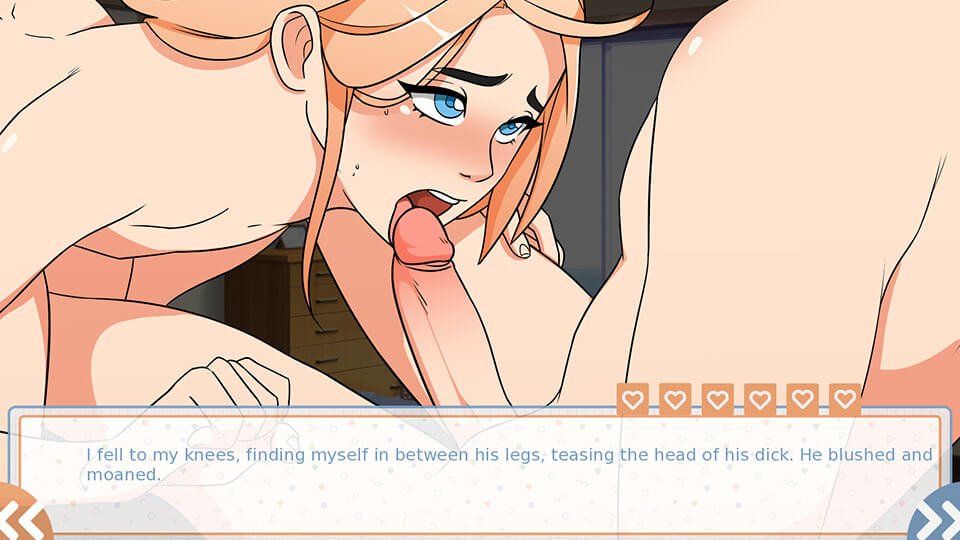 Yes, love-making scenes are not censored

This is the first and only released episode of the game, so far, so I’m definitely waiting for the next part! 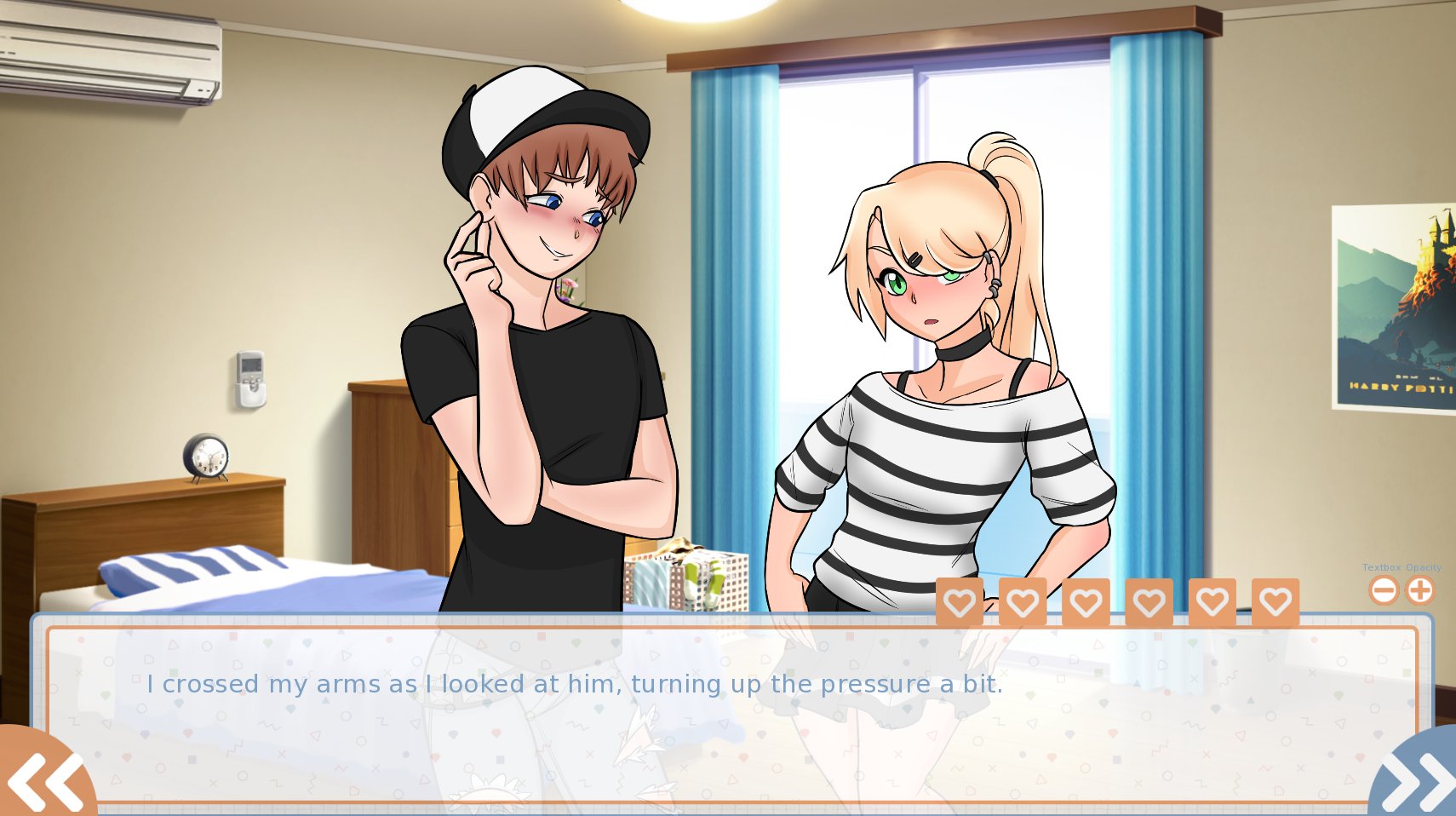 Even if you’re not interested in crossdressing (yet), it’s still worth picking it, for the funny story and sweet yaoi romance.

+ Nice, if not indie, art style

+ Works on Windows, Mac and Linux

– Art direction might not be everyone’s cup of tea

The game was even featured on Steam, but unfortunately due to change in policy, it’s not available there anymore, as many other eroge games where purged too from this popular store. There’s no DRM of course, and it’s standalone game made in Ren’Py, so no need to install it.

You can get it from Nutaku for $3.75, (it’s on sale now from $5), which is adequate price of this indie title for the value and most importantly, this is possibly a first Visual Novel that focuses on cross-dressing. Wanna find out how their story ends? If it’s your thing, try it now!