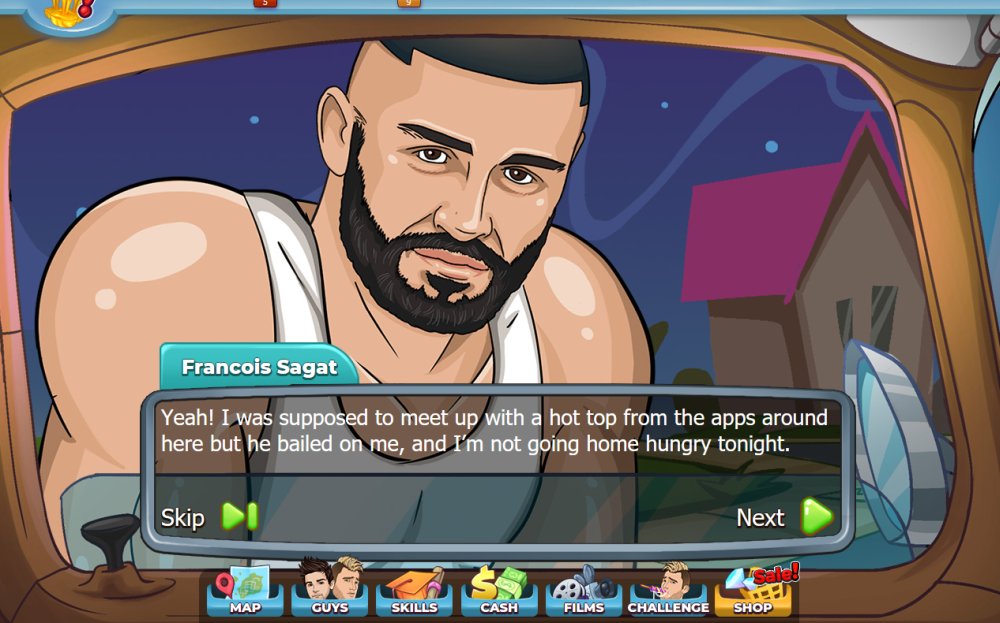 
If you’ve ever played other browser based games where you build some town or maybe harvest carrots on farm where everyone’s gay, it’s pretty similar, in a way that you’re gradually progressing by completing various tasks and unlocking new scenes. Basically, you’re adult movie maker, starting from single camera and building your enterprise to multi-million company. But first, you have to persuade your buddies to act on the camera, level up your relationships with them, improve your studio and unlock new skills. It’s pretty enjoyable, as you will be rewarded not only with (virtual) cash, but also with some really kinky sex. Also it’s worth adding that it is a gay version of previously released straight game with girls. 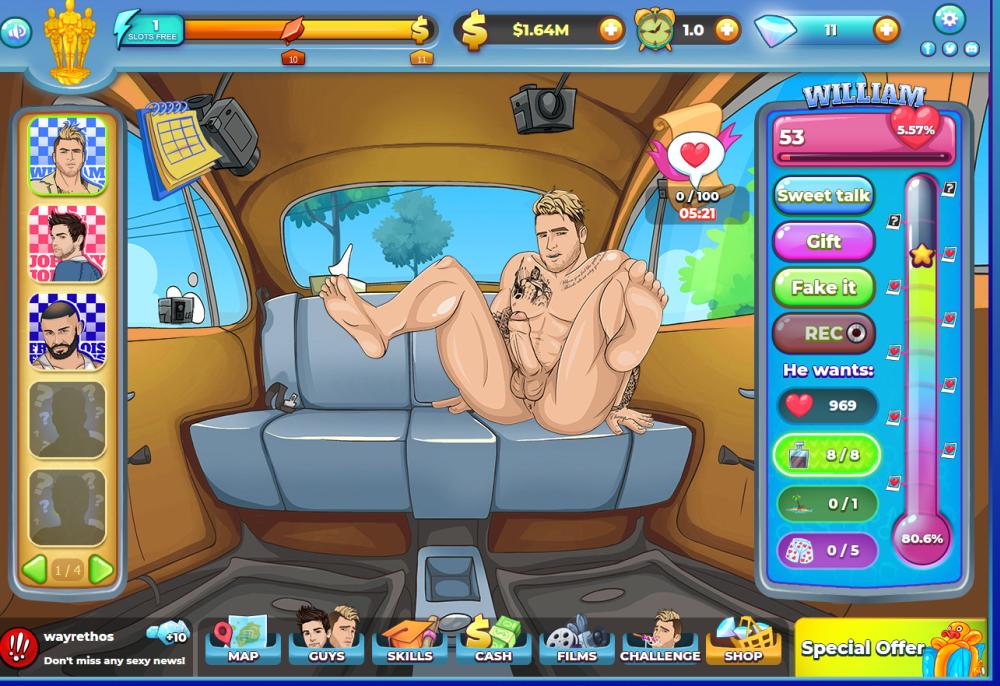 Perform various actions to convince your friends to star in your film. You can even get your dudes to a date.

But even when you’re not directly playing the game (on your PC or smartphone), money is collected and skills are improved passively. There’s certain limit to as much money you can get. Offline progress can be stored for up to 7 days, so it’s worth play it once in a few days – especially that you’re getting daily bonuses for logging in too. 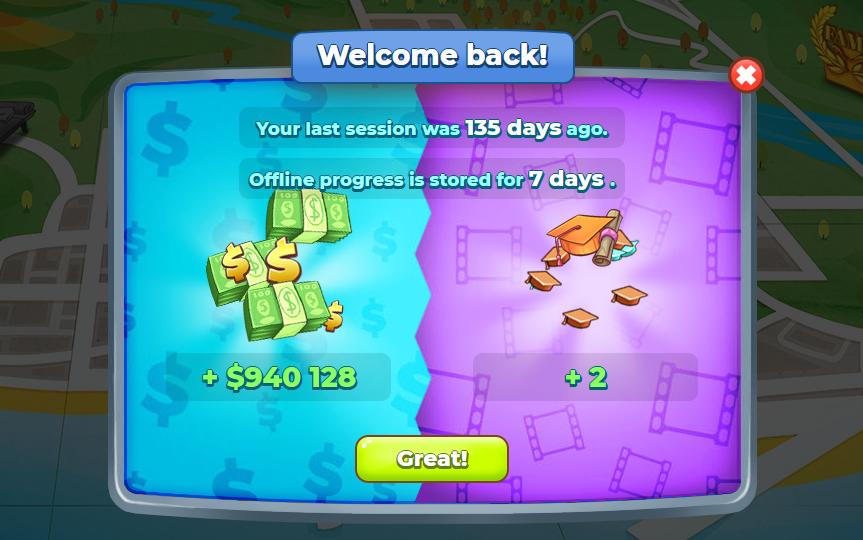 I also like different art direction that doesn’t look like your run-of-the-mill hentai anime. Instead, it’s similar to old Flash games that I really like. BTW, I am actually against phasing out Flash from browsers, there was so much great content made in yesteryears on Newgrounds and similar sites and it’s a pity that it will be now harder to get. I know Flash is an old tech and full of vulnerabilities, but the retro look and old charm of games and animations make it really feels like it was internet pioneer. I even posted some Flash games here like Keric’s Complex 3.   It’s Adobe’s fault, that after buying it out from Macromedia, they let Flash become obsolete by not making enough patches to cover bugs and not releasing new versions, updated to modern standards. Real shame!

Going back to “Men Bang”, it’s made in HTML5, so it will be fully available not only on desktops, but also on tablets and smartphones, no matter which browser you’re using. But it was definitely inspired by independent Flash titles and I’m sure that art team worked previously in this software as it looks really similar, like it was drawn with vector graphics, instead of standard sprites. 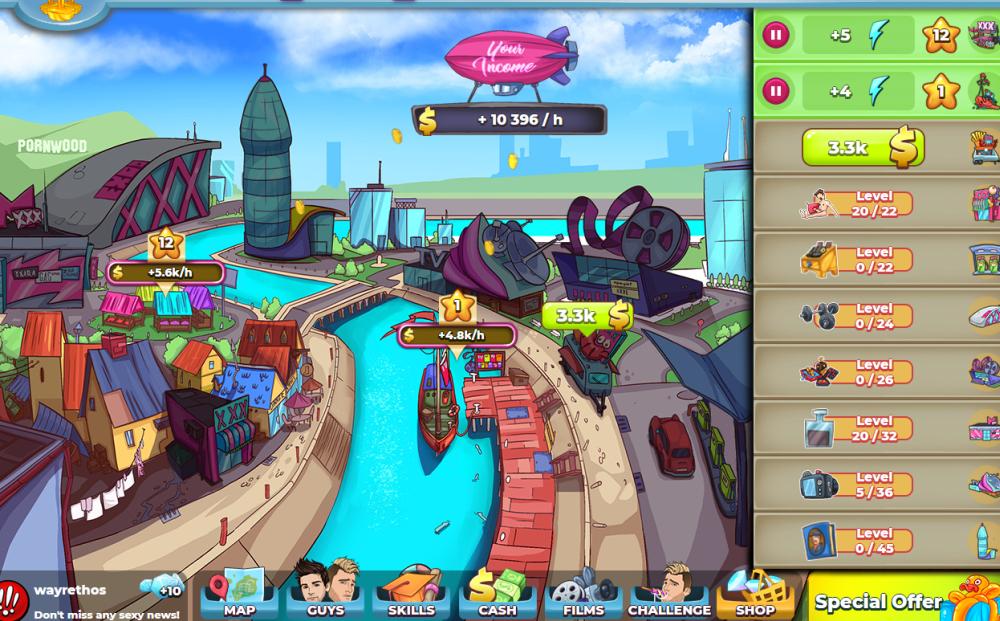 Just look at this artwork: looks retro in a really good way!

Why is Men Bang worth playing?

As title suggests, go have some fun and bang pretty hunks. Game is available on Nutaku and as it’s browser based, requires free registration. Try it now and click your way to men’s hearts!