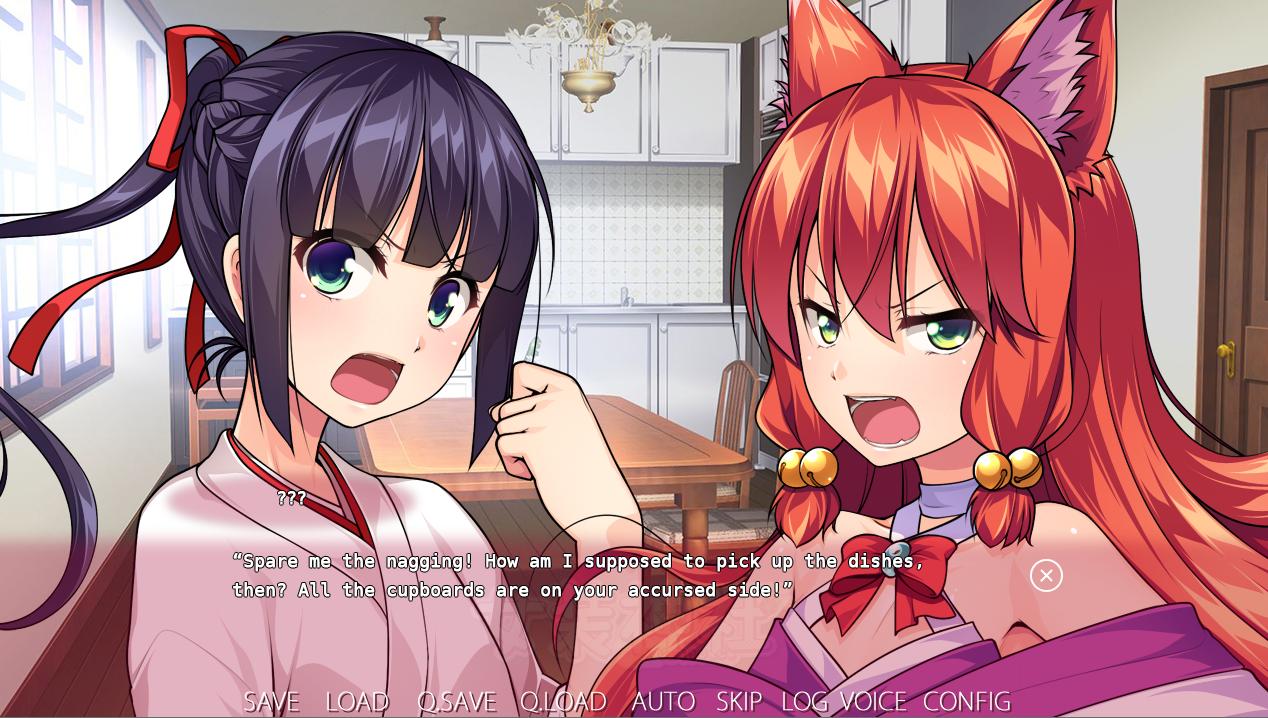 Sexy Mikos (Japanese shrine girls) and Goddesses fighting each other for the place in your heart, except they’re not actually a girls? Crazy idea! And a cool setup for the new Visual Novel, finally published in the west by Eroge Japan in English. See the review and discover why you should play this game, even if you’re no homo (because, as everyone knows, it’s not gay if they’re traps!).

If, for any reasons, you don’t know what the Trap term means, it’s just another word for crossdresser, a term coined from Star Wars meme. It’s kind of cute, as many crossdressers deliberately use it on Instagram, Reddit and whatever they post selfies, and I believe no one should be offended – let us not be drama queens! The English publisher of “Trap Shrine” developed by Japanese No-Strike thought the same, and so the game got its name.

The premise of the story is that you’re a guy named Masato that had the fortune (or in some cases misfortune, as you’ll see in the game!) to live with the noisy deity of near Shinto shrine that broke free from sacred bonds and claims that you’re now “her husband”. To make matters even hotter, Masato has sister, and as you can expect, she’s a crossdresser too! (BTW, I’ve just remembered Steins:Gate, awesome and thought provoking anime that features similar character). Then there’s incarnation of Komainu – the lion statue warding against evil spirits you’ll see at the entrance to many Asian temples – and some other characters! 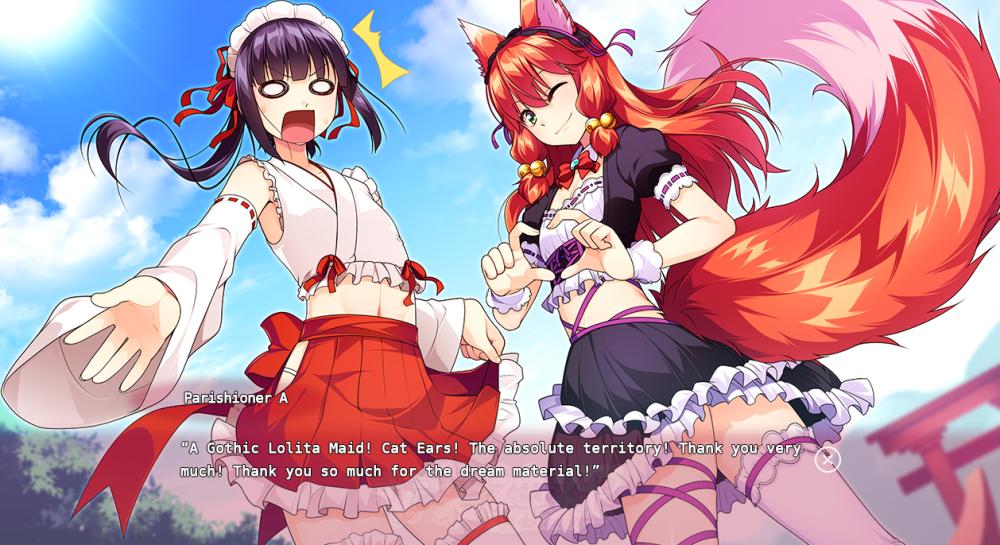 Yup, there are plenty of anime tropes

This is a story that should make you smile, so the characters are really likable. They’re cute, clumsy and adorable – and built on typical anime tropes. It’s not even easy to pick up your favorite waifu (or husbando?) as their antics are really enjoyable. The art is full of charm. Major characters are fully voiced in Japanese and seiyuu’s got it really good, on major anime level.

I’d like to see it as a visual novel with full array of choices, but it’s only a kinetic novel with single ending. The story is definitely interesting and you’ll be surely rooting for the protagonist. Translators also did pretty good job, and unlike some titles hastily translated from Japanese, this one is written well, without overuse of confusing Japanese honorifics. 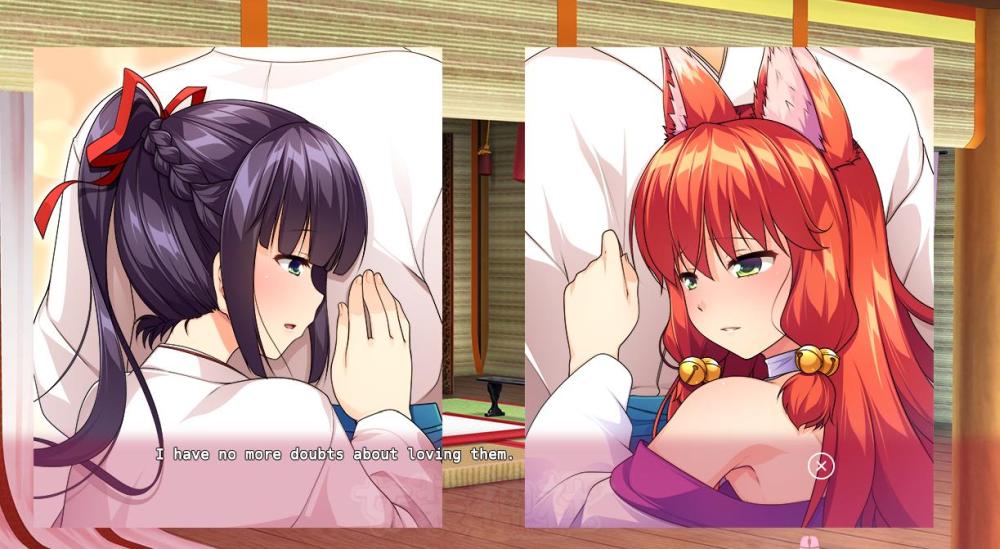 And the overall story is wholesome. 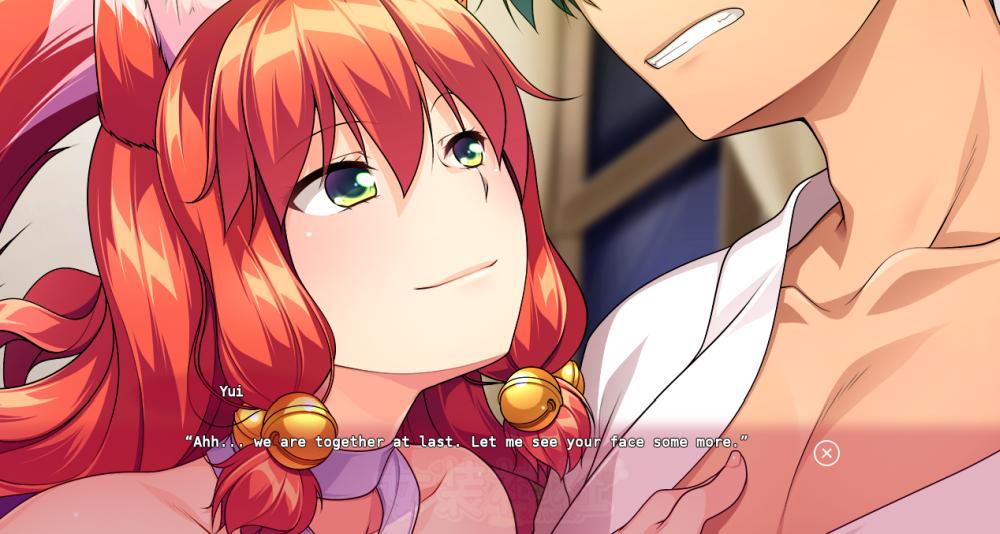 As in other Visual Novels, you can rewatch the scenes in gallery, however it unlocks only after completing the game. There are about ten h-scenes and while they’re not animated, voice acting and writing make them hot. I also liked ambience, as the music fits the action and it has this distinct traditional Japanese flavor. 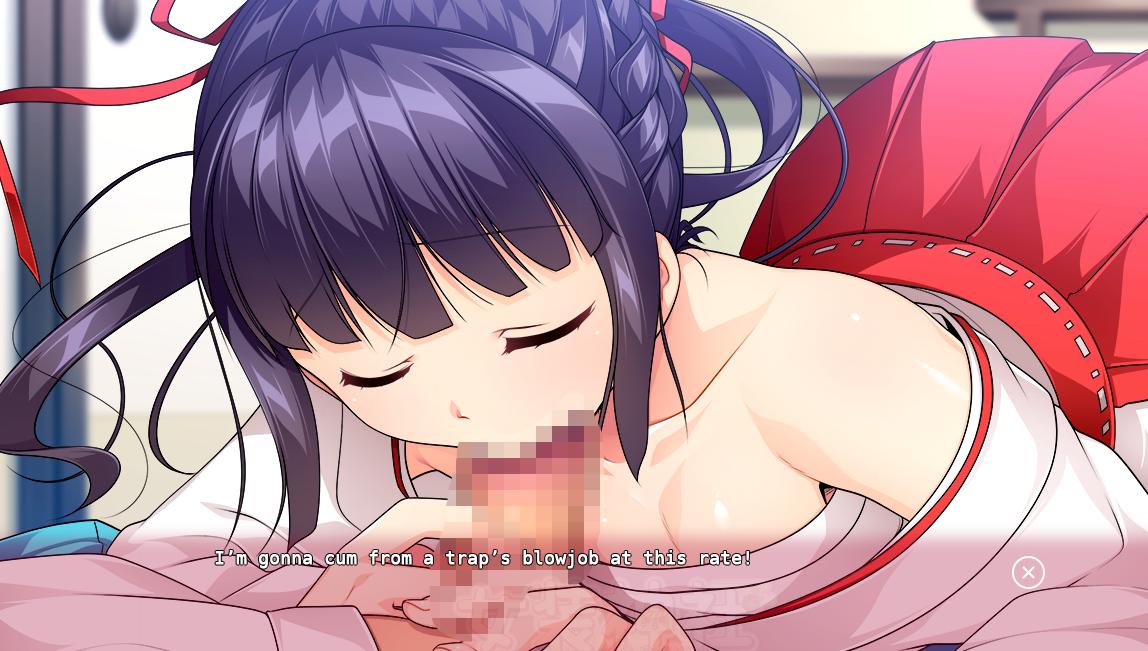 “You sure will”, as there are plenty of hot (and quite romantic and sometimes quite dirty!) scenes here. There are no forced sex or netorare or anything like that, story is lighthearted unlike a bit dark No, Thank You! Plenty of happy love-making out there!

Definitely. There are not that many games about crossdressers (actually, the only other one I can think of is Cross Love) so we’re not spoiled for choice. While traps feature in many games, mangas and anime, they’re rather supporting characters and here every character you’re romancing is crossdressing. But even if you’re not into kawaii traps (c’mon, everyone loves them!), it’s worth to pick it up, as the story is highly entertaining and fun – just like good anime.

+ One of the few games about traps.

+ Just a kinetic novel – so there is one ending only

– Not too long – should take you no more than 4 hours.

The game is available on Nutaku and as a commercial title is offered by $9.99 – a fair price for the contents. If you’re interested, see it on LGBT page and play it now!