You might know Nutaku from a host of online eroge games both paid and available for free, including hits like gay farm game Cockville. According to their latest press release they’re celebrating pride month too, and not in just a symbolic way, like changing the logo on company’s Twitter. Nutaku offers something much more substantial for the gaymers – a cold hard cash in a nice sum of $5 million spread out over the course of three years.

“(This) new investment portfolio is born out of the flourishing number of adult gamers who identify with the LGBTQ+ community, empowering diversity within the adult gaming world,”

It’s really cool they decide to push more LGBTQ+ games in an effort to grow the inclusivity. Ideology aside, this might be simply a smart business move by Nutaku, as gay gaming niche is still not really explored by developers and besides some mostly Japanese yaoi Visual Novels and few casual games, there are not that much titles available for the players.

I wonder, what’ll get next. I’ll be happy with any genre that just plays well: be it new VN, casual clicker or maybe something much bigger. We don’t know any more specifics, but given that Nutaku releases new titles really quickly and their online games have regular updates with new content each two weeks to month, I’m sure we will see new games soon. 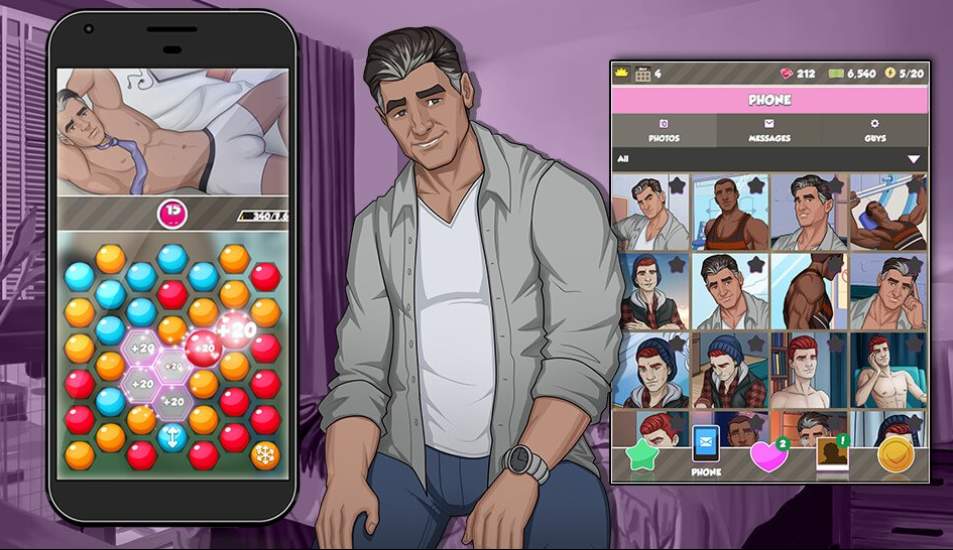 Nutaku has selection of online gay games, like Booty Call: Men at Work (sounds almost like Call of Duty!) mostly in free-to-play model and they also offer Yaoi titles from Mangagamer and other publishers

See all the Nutaku gay games and try some of the titles here.

"No, Thank You!" - A Pinnacle in Gay Visual Novel Gaming

If you want to make your own Visual Novel, but you don’t think you have necessary