This inclusive jam – or game making competition and showcase – is intended for beginner developers (even if you have zero experience), and anyone can join. Although uncomfortable subjects can be explored, developers should be considerate with themes used and fellow creators/players.

Your game must focus on queer relationships between men OR the queer male experience. This includes: gay, bi, trans, non-binary, aro, ace, pan, any male-identified LGBTQIA characters. NSFW games are okay! Entries that promote bigotry obviously are not allowed.

Here’s the theme of the game from its page on itch.io:

Yaoi Game Jam is a two month long jam running from July 1st to August 31st, dedicated to making games—visual novels in particular—featuring male-identified characters in queer relationships. Traditionally, the term “yaoi,” also known as “boy’s love,” refers to female-oriented works from Japan, or works inspired by those works, that feature two or more male characters in a romantic relationship. However, this game jam is open to stories about all kinds of relationships between queer-identified men, from platonic to romantic, and everything in-between!

It’s worth mentioning that this jam was inspired by Yuri Game Jam, which first ran in Fall 2015 and was highly successful. Yuri Game Jam featured 34(!) fabulous entries from many genres, with most popular genres being visual novels.

There are plenty of great independent titles released in Yuri Jam. Some even were commercially released. You can play the games here. 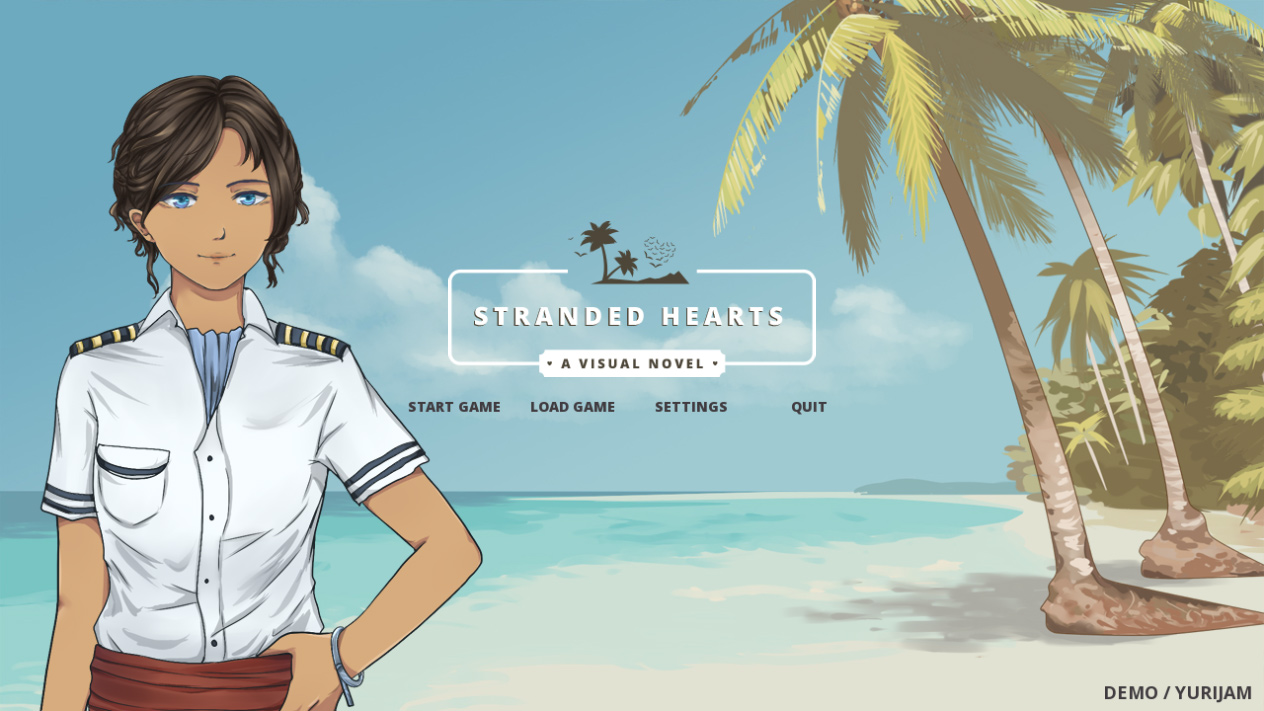 Among games presented in Yuri Jam were excellent Stranded Hearts dating sim. Unfortunately, dev released only demo that feature the first 5 days, only a part of the complete game (out of 30-45).

Back to Yaoi Games Jam

You can see the jam on itch.io and it starts in 7 days, from July 1st to August 31st – so you will have to months to make the game. If you don’t know where to start, there are plenty of game maker engines available for newbies. Here are some of my favorites and a perfect start for beginners:

There are plenty of resources and tutorials waiting for these engines, and even if you don’t have prior experience, just try it out, you will be making simple games in no time. With tutorials you can maker your first game literally in less than an hour, and it’s lots of fun to create your own stuff. So, what are you waiting for? Make queer games for fun and science! 🙂 There are already 50 people joined in, so surely it will be as much popular as Yaoi contest held previously.

This is a fun way to start learning programming, so give it a go and see what you can do. Who knows, maybe this exciting hobby of game design will become your full-time job? Exciting career and money waits ahead in this industry that grows double digits each year – both in terms of budget and number of employees involved. Gamedev definitely needs more diversity, so go ahead and take part in Yaoi Game Jam!

If you want to make your own Visual Novel, but you don’t think you have necessary