Warhammer 40K, a grimdark universe with cult following and thousands of players around the world, that stems from tabletop miniature game, is considered “rightist” in some circles (whatever that means),  but I’m sure it’s the other way around. Warhammer 40K is actually the gayest science fiction setting you can find. I own three armies collected in several years, played WH tabletop RPG (it was actually Warhammer Fantasy 2nd edition, so not 40K) and this hobby always brings me hours of joy – so I know what I’m talking about!

4. There are only male Space Marines

Have you ever seen a female space marine? There is total absence of girls in the ranks of super human elite soldiers of God-Emperor and they’re suspiciously chaste and pure in the novels, games and fluff. They call each other brothers and nurture very manly friendships. And there are zero sex scenes in the Warhammer novels. Not to mention shiny, colorful armor of Space Marines.  It ranks suspiciously high on my gaydar! Who knows, maybe even God-Emperor was secretly homo? After all, ecclesiarchy doesn’t mention any wife, and why does he has only sons, and not daughters. 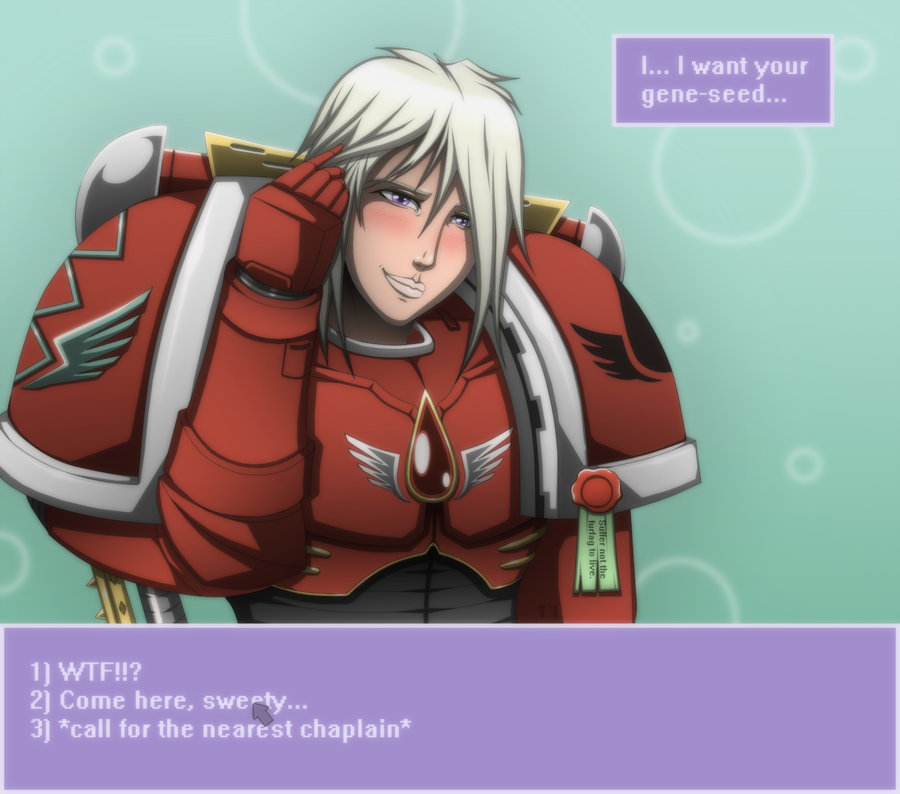 3. Games Workshop might be the most inclusive mainstream gayming company 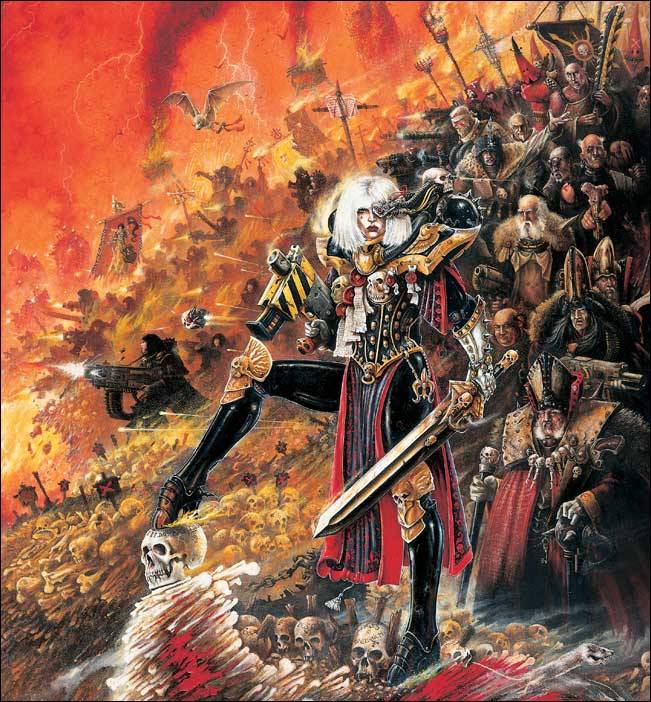 While rainbow flag didn’t flew on the long sword of Stormcast Eternal in front of Games’ Workshop HQ in Nottingham during Pride Month, GW certainly does what it can to empower the inclusivity. They state it very clear in company documents, articles in White Dwarf and recent change in art direction.

GW also has some bad reputation perpetuated about Sisters of Battle or some Slaanesh demons being “oversexualized”, but that is big nonsense. I didn’t know I had to use this phrase ever, but “As a gay, let me tell you something”. The Warhammer rose from wonderfuly weird 80’s post punk British aesthetic, plus eerie drawings of John Blanche inspired by baroque paintings of .

High heels, bombastic costume designs, strange outfits – but how it is too sexual to you? You could as well tell that gay icon Freddy Mercury is oversexualized, or maybe Sly Marbo, Warhammer 40K version of John Rambo, also 80’s icon. After all, isn’t sweaty hunk with big muscles and no shirt “oversexualized”?

It’s like keyboard knights bashing Cyberpunk 2020 creator for their perceived issues with racism – this is simply dumb. GW should reply to this accusation just like Mike Pondsmith – Who do YOU think you are to tell ME whether or not MY creation was done right or not?“ 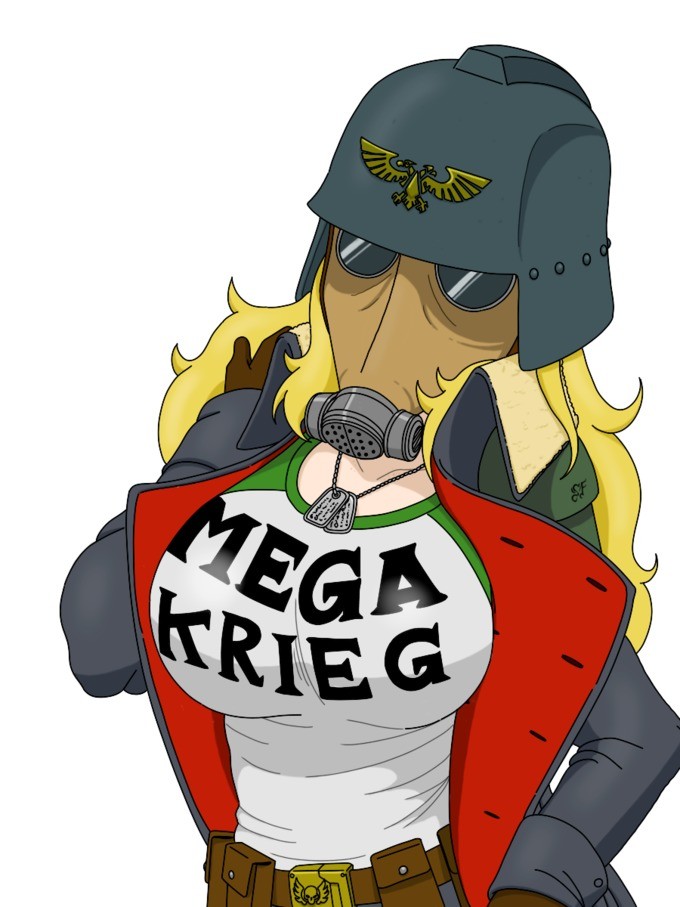 So, in conclusion Warhammer 40K is hardly sexualized –  except with Rule 34 fan made content where even Death Korps of Krieg has tits.

Oh, and did we mention, that you can collect an entire army or transgender demons? How cool is that?!

When you go to any FLGS (Friendly Local Gaming Store), you’ll see mostly guys playing with their tiny plastic soldiers and colorful tanks (because camo concept apparently doesn’t exist in Warhammer –  and of course, Da Red is Fasta). There might be no gals, but hey – it’s a great way to make numerous friendships! Who knows, maybe you can find your future husband there? Come into any Warhammer store and you’ll have lots of fun playing with tiny plastic space soldier.

And hobby rooms where we’re painting little plastic (sometimes metal and resin) are called “man caves”. I wonder why?

GW is trying to tackle this issue (but is this actually an issue?) by introduce characters like female Stormcast Eternals to their Age of Sigmar fantasy line. Still a long way to invite more girls into the hobby, but it’s some start. 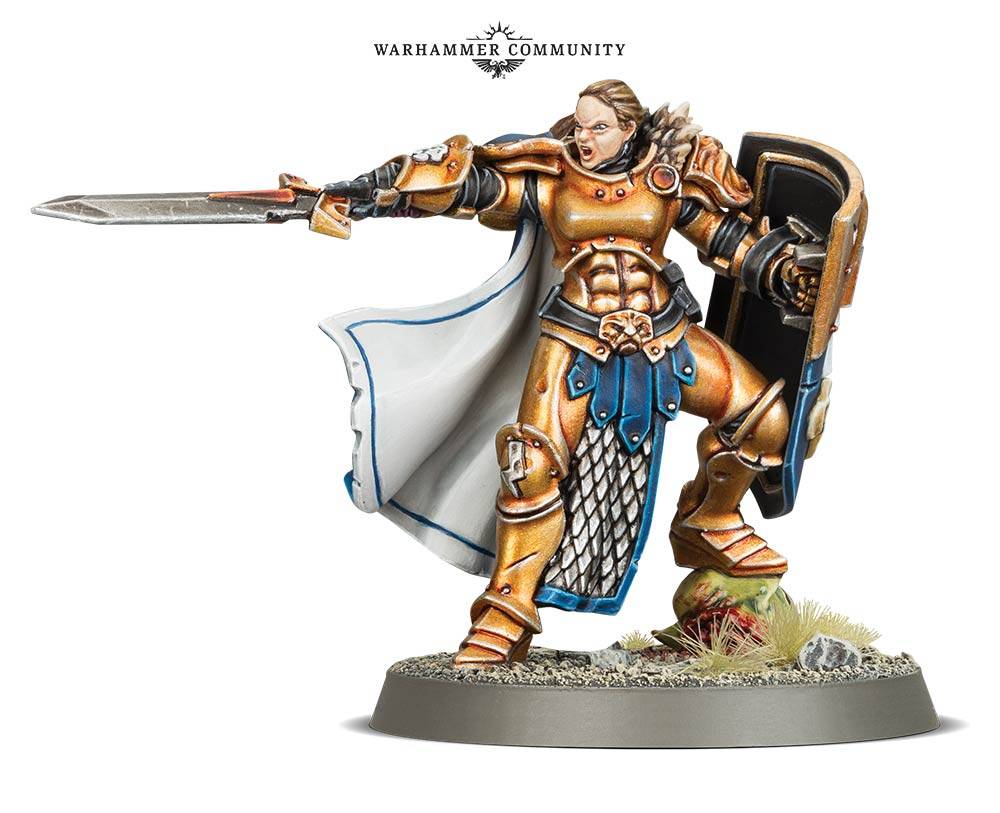 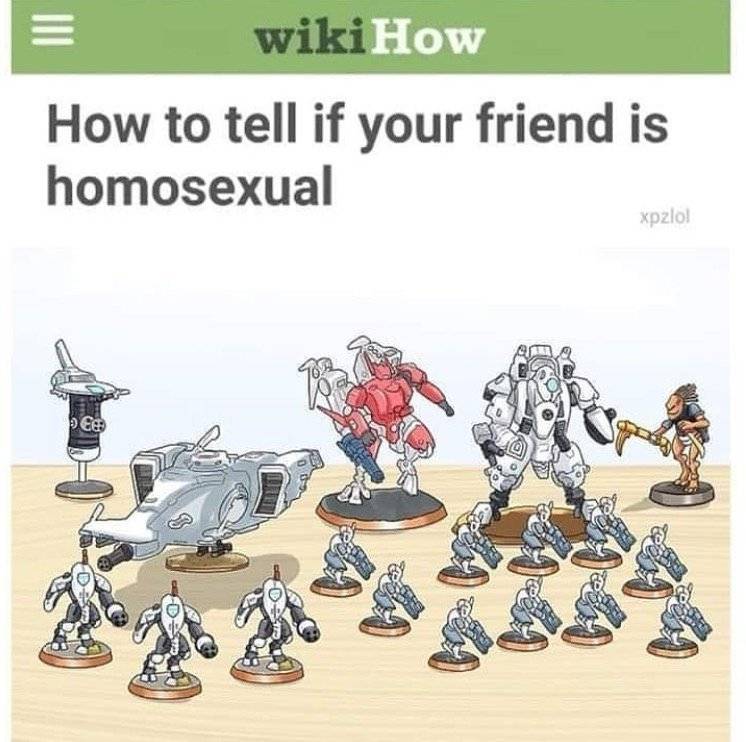 I understand that though. I feel you bro! 😀

Have any thoughts about the gayest science fiction universe that is Warhammer 40K? Leave me a comment and let the Emperor guide your spear!

"No, Thank You!" - A Pinnacle in Gay Visual Novel Gaming

Hiishi Mamoru, your bara office crush is ready for more steaming hot action! There are 3

This doujinshi game features detective Dick Gumshoe, a Capcom character. Try to undress him, so he

This time Keric finds out that some gay elves want to do naughty things to him.