“No, Thank You!” was released in 2013 in Japan, and hit the western markets some time ago. It might be simply the best yaoi or boys love Visual Novel you can find, with deep, engaging story and a big budget, which shows from literally thousands (!) of CG scenes and voice acting. Artwork is drawn by Shigeo Hamashima a highly acclaimed adult manga and anime artist, known for titles like Euphoria. Enter the sótano bar, discover your true self and romance hot guys! 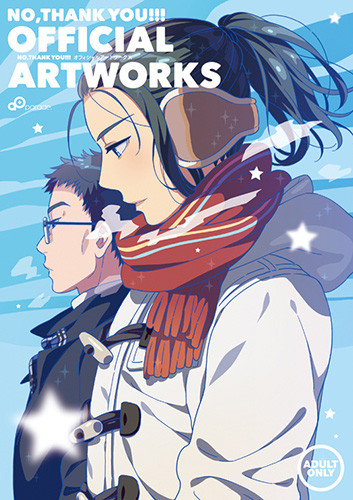 Game’s artwork is rich and beautifully drawn. There’s even 200 pages artbook released with illustrations from the game, available in Japan only.

There are plenty of different characters there, but the first person you’ll fall in love will be… the protagonist, Haru. This 22-year old long-haired guy declares himself as bisexual and is full of energy, has childish curiosity about everything and is always trying to get the job done.  There’s however a tragic past behind him and a one that he can’t remember as he has just been hit by a car, saving bar owner Inui and lost his memories.

Inui, 45-year old owner of several restaurants and a detective agency, that drinks a bit too much, shows his gratitued and employs protagonist in his cozy little jazz bar called sótano. But sótano is not just simply a drinking hole – there’s much deeper story and a secret behind it that I won’t spoil here. 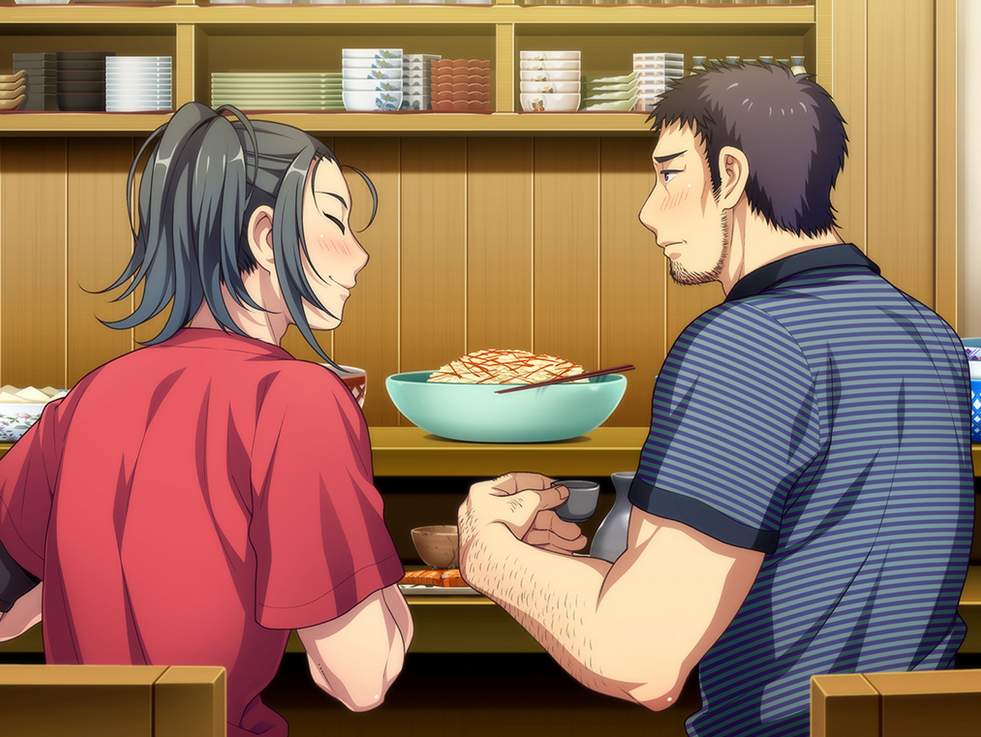 
How the game plays?

If you’ve ever played any Visual Novel, you know how it works. Chat with various characters, make the decisions and enjoy the story. There are several paths to choose and I suggest to play each story lines at least once to understand the characters. They’re definitely not run-of-the-mill stereotypes, but they feel genuine and real. Besides bar owner that you can romance, there is silent hunk Maki that is bar manager and makes some weird jokes, pianist Ryu that’s obsessed with cleanliness and initally doesn’t like you, or shy bartender Hiroyuki. 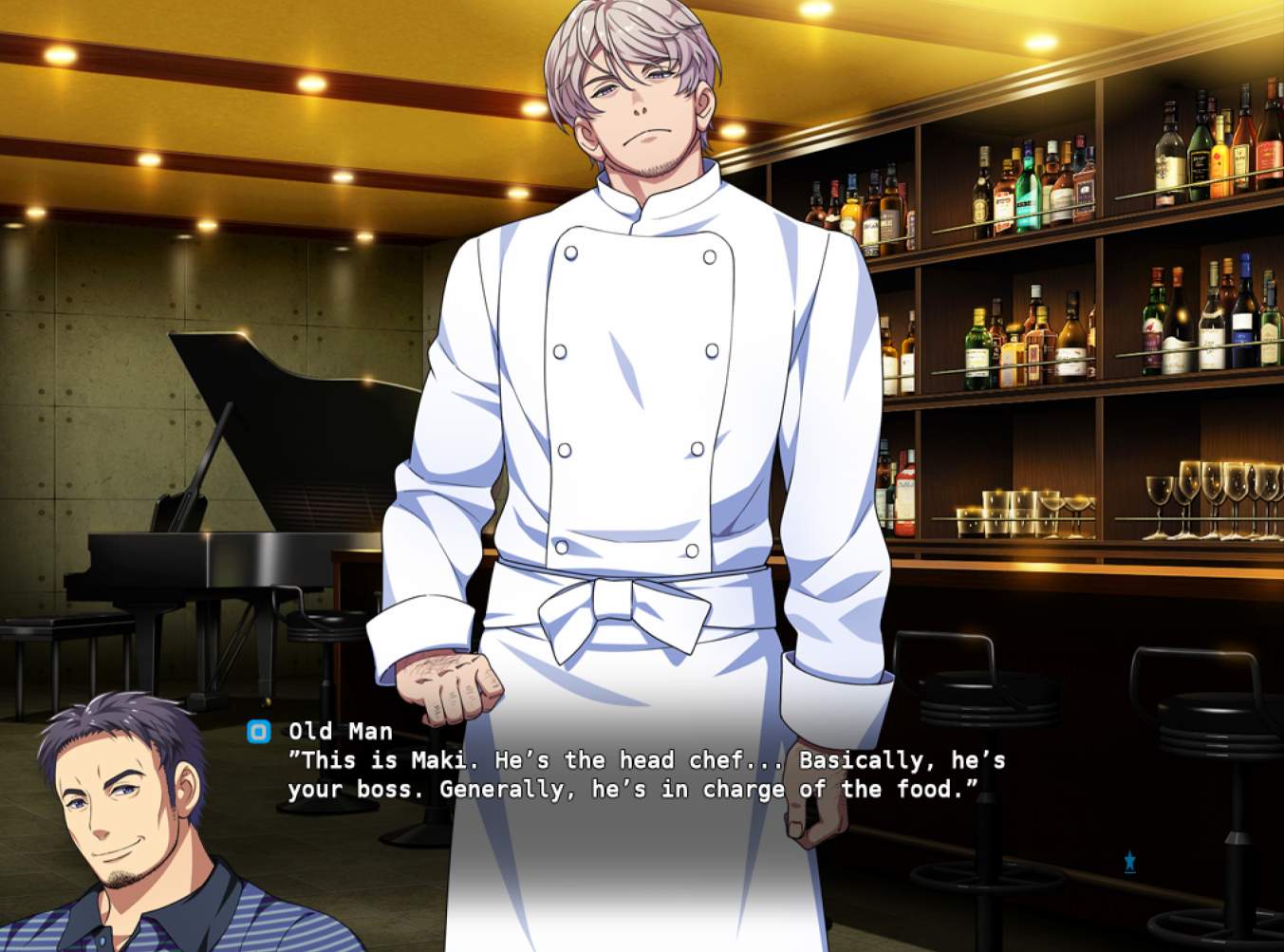 Maki is a big guy that doesn’t speak too often

Titular “No, thank you” is not only a slogan, but also a mechanic. While typically Visual Novels decisions’ revolve around programming ‘flags’ (ie. variables) that function as turning points in story branch, in this game whenever flag is triggered, a “No, thank you!” button appears on the screen. You can in either ignore it or click it and let it stand. This button will remain on-screen for several lines and it’s not always clear what the question is, but if you pay attention to dialogue, you can figure it out. Also, clicking on this button is not always “correct” option. Let your intuition guide you! It’s really fun mechanic that makes the conversation feel natural and unusual deviation from typical multi-choice dialogue options. 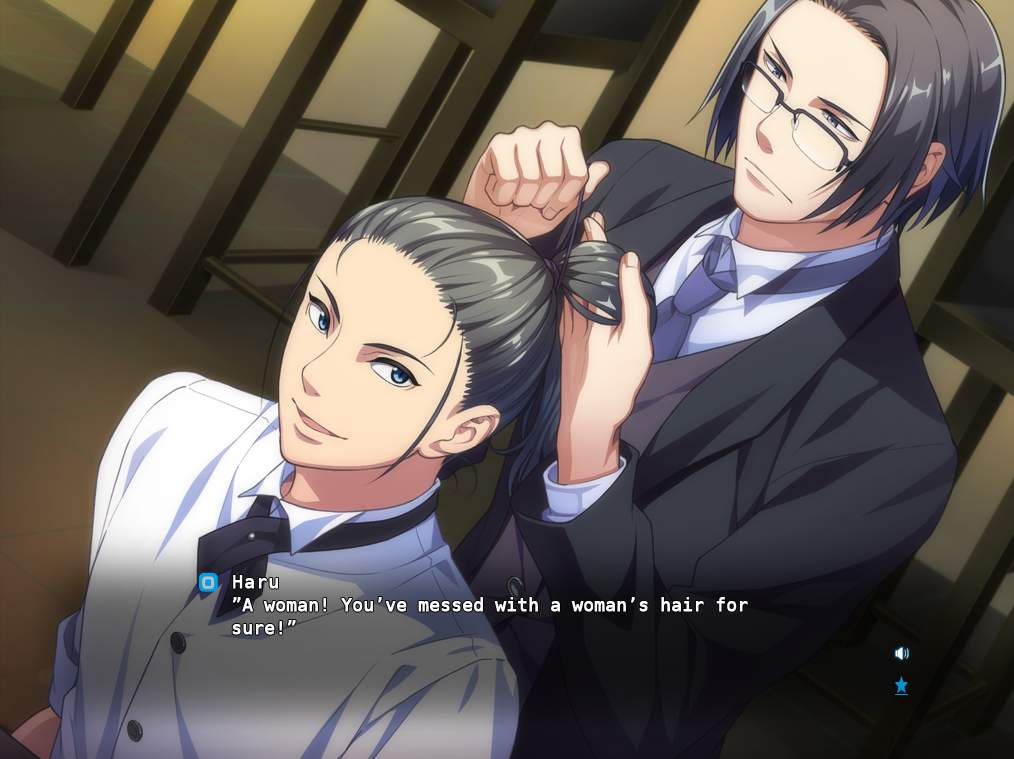 It’s also really long and you can count at least on 30 hours on single playthrough, with lots of replayability, as there is at least six (or more?) different endings, depending on your choices. The plot is surely unpredictable, and there are bad endings too. And let’s just say that darker and mature themes are present too, so the game is definitely meant for adults and not only because of uncensored sex scenes.

Naturally, as the game takes place mostly in jazz bar, there are some catchy and mellow jazz tunes playing, to complement excellent voice acting.

Unlike Japanese version, the game is completely uncensored, so you won’t see the pesky mosaic, but “the real thing”. 2D husbandos are obviously cute and they were drawn in sexy bishounen style that should appeal both to gay people as well as to straight girls, which might be even major demographic for Yaoi works. There are lots of sex scenes and to see them all, you’ll need to playthrough the game several times. 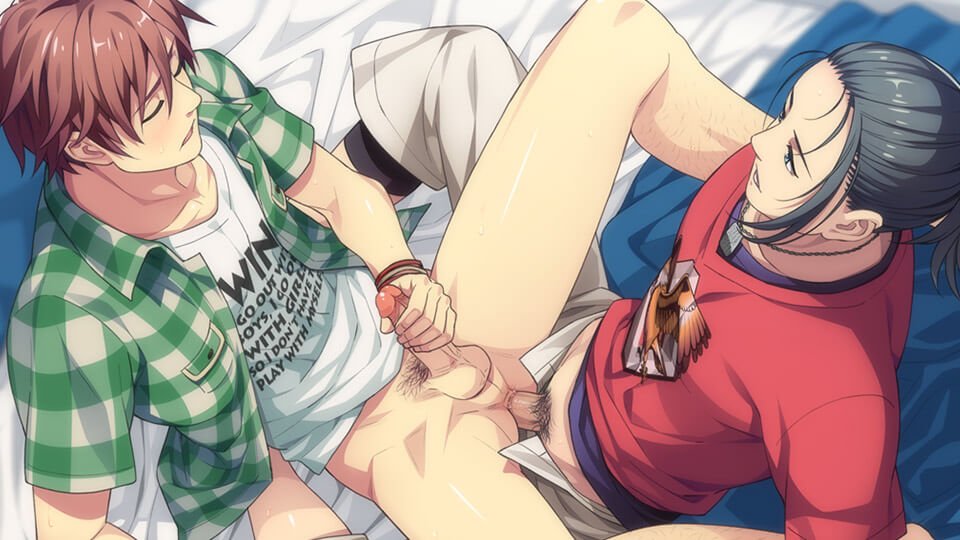 The h-scenes are masterfully drawn and they’re plentiful 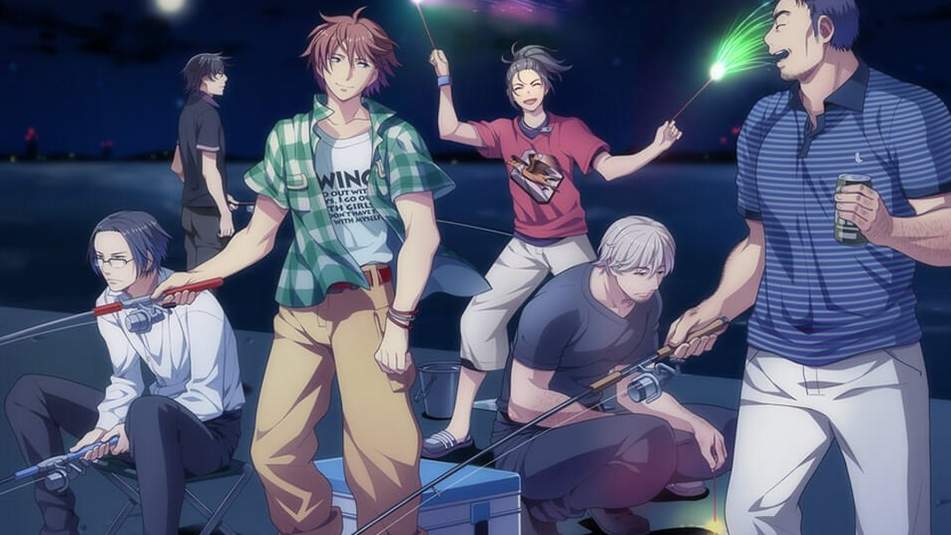 There’s also the option to adjust the amount of body hair, and for each character individually. That’s a weird setting, but hey – the more options the better, right? It’s also worth mentioning that game is full voiced in Japanese and the translation is phenomenal. Sex scenes feel natural and sexy and they’re long.

“No, Thank You!” is available on Nutaku for $39.99. Pick it now for some hot Yaoi action and romantic story in bishounen cafe or browse other gay games by clicking the button below!